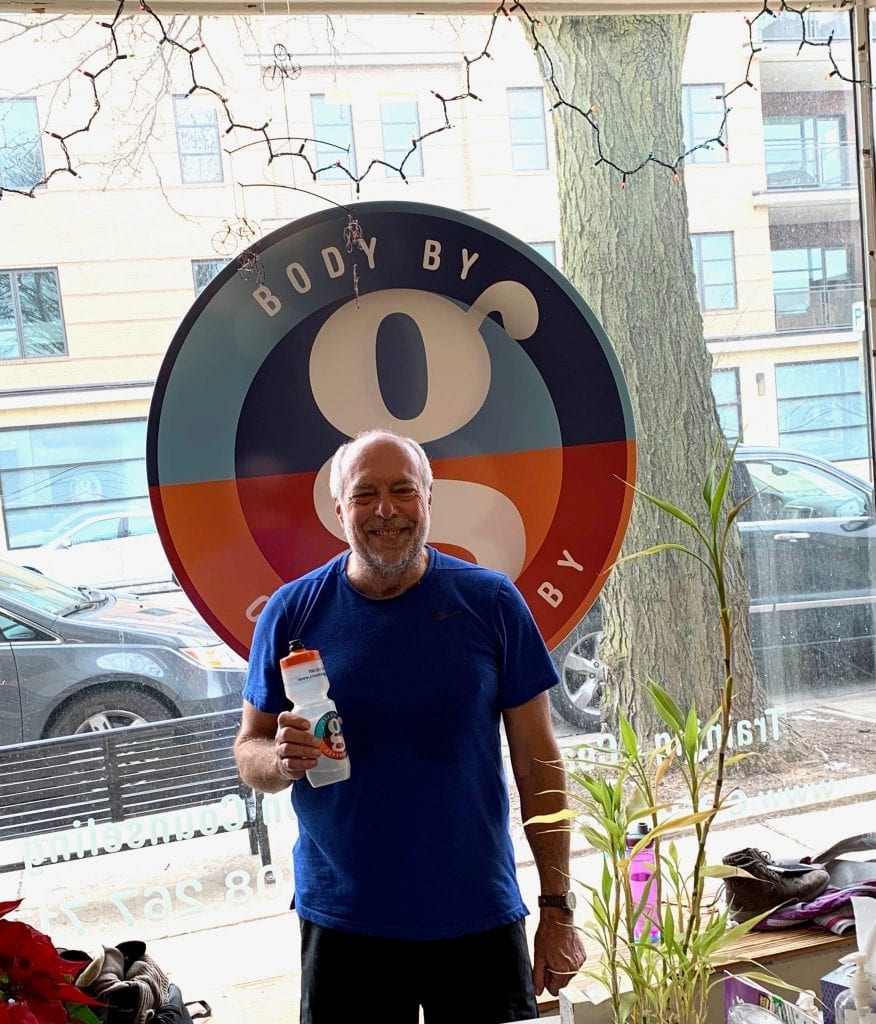 “I became a client of Giulia two years ago.  I was planning a long, cross country bike ride and my wife was convinced that I would die on some steep ride through the mountains and my answer was to say that I would sign up with a physical trainer to prepare for the ride (five months in the future).  It was a bit of a dodge on my part as I had assumed that my years of putting in thousands of miles of riding along with merely riding day by day during the trip would get me into shape as the ride progressed.

Giulia disabused me of that illusion when she said that I should have done this a year in advance and stating that I would lose muscle mass as the ride continued, not gain it.  I’ve learned that many of my beliefs about fitness were just that, beliefs not necessarily supported by facts.

She started me on weight training, which I had no idea was a key to building muscle mass, and a series of stretches and exercises that were both challenging and rewarding at the same time.  It was sobering to do workouts and see my limitations. It was also gratifying to find that I was able to make progress. I know her goal is to encourage me to want to push myself and I think I am getting better at that, but her disciplined methodology has been a great framework to build on.

Along with being challenging in demanding that I work on the mechanics of the workouts she has also encouraged me to see this work as not isolated from the rest of my life, but necessary to making other changes in diet, sleep and the other factors that make for a consistent set of healthy behaviors.  Not that I have consistently carried out all her recommendations, but I have made changes that I think have given me the confidence to continue to push myself to continue to improve my overall fitness and for that I am very grateful.” – Rob Bartlett

A Valentine’s Day Gift to Yourself