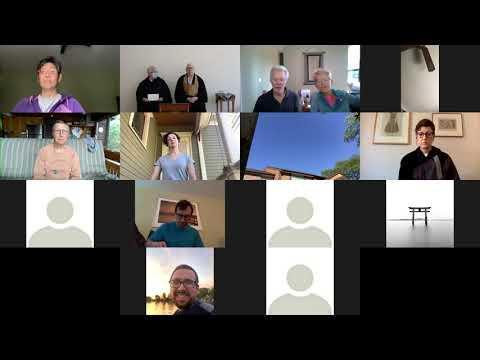 Do you know that feeling when you are looking for something to make you feel better?

I don’t drink or use drugs and I rarely eat sugar; TV generally bores me and I don’t play video games. I read, I like to garden, I work out, I cuddle (play?) with my dogs, I sit in my yard and I write, but sometimes none of my “go-to” activities do the trick. I still need that “something”.

In July I moved my business to 48 Lake Street in Oak Park, and next door, at 46 Lake Street is the Zen Life Meditation Center (www.ZLMC.org). Last Sunday, the owners of Zen Life, June and Robert, invited me to go for a walk and then to have breakfast with them. At breakfast, I was introduced to a brand new type of oatmeal that was fabulous, and on top,  kefir—which I had never tried. June cooked this amazing oatmeal (The Pinole Project PB and Cacao) and served it with fresh peaches, kefir, and raw walnuts. They prepared green tea from Japan and I felt thankful to see the Zen Life Meditation Center space while enjoying the company of new friends and tasting new food.

I meditate every day but I rarely sit longer than 20 or 30 minutes. On that Sunday morning, the meditation “sit” at Zen Life was actually two, 20-minute silent meditations with a five-minute, slow, walking meditation in between.

Starting out, it was lovely. The first 20 minutes flew by. My legs and body felt fine sitting in my criss-cross-applesauce style (since lotus position is, as they say, unavailable to me). And as I began the five-minute walking meditation I thought “maybe this part isn’t even necessary”, my mind saying “I’ve got this—I’m a  seasoned meditator ( HA!)”.

The second 20 minutes was different and so interesting. My mind can be like a mosquito, buzzing around looking for something to sink its blood-sucking straw into to draw out the life force. During the meditation, I recalled a story Jack Kornfleld shared during an interview.  He recounted a time when he felt anger rise during his meditation. He was in a hut in Asia, in sweltering rainforest heat, fully robed and very uncomfortable; feeling anger. His teacher told him to sit in his hut and put on more clothing and to sweat, and feel all the anger—to BE WITH the anger.

During the second meditation I sat for 20 minutes feeling anger, and then thinking that anger was a ridiculous thing to feel; you know, judging my experience rather than just observing it.

After our meditations, we chanted an ancient piece from the time of the Buddha and then a Zen priest spoke about her experience with chanting over the pandemic. She had come across a particular chant for expelling an epidemic and this group had vowed to chant the 20-minute song 108 times in a row (108 is a sacred number, by the way). She quickly realized (checking the math) that it was “not gonna’ happen” and then decided instead, to chant 20 minutes every day for 108 days.  Better.  The mantra is in the YouTube below if you care  to listen or go to ZLMC.org to see the entire service for yourself.

On about day 55 of the 108 days of chanting, the priest described her experience of “bumping into herself”, in the metaphysical sense.  And then how parts of the chant, the mantra (which is translated as “mind vehicle”), became an earworm—like a song you can’t get out of your head.

She said she is also a news junkie but would on occasion find herself yelling at the TV and then the mantra, the chant, would worm its way in and soothe her back to her “right mind”.

Similarly, in both the meditation and in the chanting I was able to find my “right mind” and let go of anger.  My experience made me wonder…when I am NOT sitting for the extra 20 minutes on the cushion—where do the feelings go? Feelings don’t arise from nowhere, nor do they go nowhere.

We know this is true when we watch people in traffic yell at other cars. Can you honestly be that angry at another driver or the TV news? I believe that anger is in us, like a hungry mosquito, looking for a victim to draw the life force out in hopes that it will be satisfied.

OK—How do you get to your ”right mind” and release anger? You practice. A GREAT place to practice is in traffic. You are not IN traffic, you ARE traffic.  So, first notice that you are part of the problem you are complaining about (traffic) and then to recognize that you can be part of the solution. Choose to allow the car with the angry driver to go before you, choose to bless them, laugh out loud at how your anger is triggered by someone else’s actions.  Why is that? Why would you want to be controlled by what other people do?

Notice how your mind justifies your reactivity by blaming another person. “It’s their fault that I am angry, they pulled out in front of me!”. That may be true but it never justifies attack.  And once that driver is long gone you may still be stewing in anger while they are not giving you another thought.

Does Meditation release us from anger? You might say, “look at you—Giulia”.  “You were sitting in meditation and got angry—there wasn’t anything going on except your mind’s chatter and you got angry”. Yes and the same thing is happening in traffic.  The difference is in meditation I can observe it more easily, feel it and be curious with it.  In my car—I am generally trying to get somewhere. Oh, right…same in meditation—only different.  I’m going inward.

So when I am looking for something to make me feel better I know to look inside, find my “right mind”, release anger and choose JOY!  It’s really simple.  But it’s not easy.